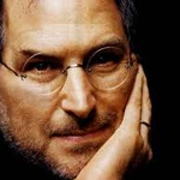 Creativity is the most essential skill for success in an increasingly competitive world — said 1,500 CEOs in a recent IBM survey. At the same time, experts in Pakistan are afraid that our school system doesn’t promote enough creativity in our future workforce – a worry that we’ll run out of creative people very soon.

Indeed we do need to restructure our educational systems to produce more young people to what Steve Jobs called “the intersection of technology and the humanities”. But each of us as individuals can also work to enhance our innovative capacities.

Steve Jobs was innovative and creative and his passion for education can be seen from his famous speech at Stanford University. Steve Jobs is no more now, but still we have an opportunity to learn from his example of fearlessness innovation.

In his own words, Jobs put it this way: “Creativity is just connecting things. When you ask creative people how they did something, they feel a little guilty because they didn’t really do it, they just saw something… That’s because they were able to connect experiences they’ve had and synthesize new things… A lot of people in our industry haven’t had very diverse experiences. So they don’t have enough dots to connect, and they end up with very linear solutions without a broad perspective on the problem. The broader one’s understanding of the human experience, the better design we will have.” Creativity requires both divergent thinking (lots of fresh ideas) as well as convergent thinking (transforming ideas into a practical solution).

Fear of failure is the biggest problem of our education system. Fear of getting it wrong. Students fear of not getting good grades, or not going to a top university. Teachers fear that reform could risk their jobs. Politicians fear that they will get a lot of resistance bringing reforms. This fear inhibits creativity and vision.

Steve had that fearless attitude that we need in education right now. As Steve puts it in his words: “Sometimes when you innovate, you make mistakes. It is best to admit them quickly and get on with improving your other innovations.” This is the kind of thinking we all must have. Jobs growth was phenomenal as well as legendary. But it’s worth remembering that he did not become so successful without failures – failures which were of epic proportions when viewed in terms of financial sense.

We’ve become so particular about the results that we don’t always reward things that matter the most – hard work, commitment and good intentions. At schools we have become focused on test results, admissions, grades and positions. As a result we’ve suppressed creativity. We don’t reward students for their efforts and innovation. We punish failure.

We want definitive outcomes and rigid results which is an anti-Steve model. When Steve Jobs’ creativity was interfered with and he was forced out of Apple back in 1985 he started a new company. He just did not give up – though he had more $200 million at that time. He remained firm and focused on his objective.

Don’t Measure Every Thing By Its Financial Success

The company (NeXT) that Jobs’ founded after Apple, sold just 50,000 computers. But that would be missing the point. It was a NeXTcube workstation that directly influenced the first web server. It laid the seed for the first web browser software. Measuring Steve Jobs’ NeXT by its financial success would be a mistake to measure the genius of what he accomplished. And that’s what we’re doing when we engage in a superficial view of education by focusing so hard on outcomes. We may be missing an opportunity to innovate.

I’d like to quote the powerful concluding words from his speech at Stanford;
“Stay hungry, stay foolish”