How these people got the Fulbright Scholarship

At 9 am on an average day in October 2014, several nervous applicants waited at the USEFP office in Islamabad. For many it was a proud moment in an application process that lasts over a year – for others it was torturous. Brightlink Prep caught up with some of its own students who got admitted to the Fulbright cohort leaving for US in fall 2015. We discussed with them about the ups and downs of the gruelling application process and exactly how they went about getting into one of Pakistan’s most prestigious scholarship programs.

Here’s what we learned:

1. Plan at least a year early.

“I’d been thinking about graduate studies for a long time,” a student from LUMS said. “I was in several co-curricular activities while in LUMS, and the Fulbright is a pretty standard route you take there. So I started thinking about it as soon as I entered into my junior year.”

For another student, who was working full-time at Engro foods while applying for the Fulbright program, the whole process of giving the GRE exam, planning and getting the letters of recommendations, writing the two essays, getting the degrees and transcripts took around 8 months. “I would definitely advise prospective applicants to give their GRE exams while in university or straight out of it. With a job it is very hard,” he exclaimed.

Amna for one started planning for the Fulbright program while in sophomore year at FAST. She started doing research work, taking heavy internships, participating in non-profit work, leading several social initiatives and interacting with a lot of good professors and researchers in her discipline in order to stack up her profile. By the time she graduated she already had 3 international publications, 2 great internships and references from 3 reputed professors and corporate managers.

So you definitely want to plan ahead to give yourself enough time.

2. Preparing for your GRE takes longer than you think.

Zaid, who got the Fulbright scholarship in Mechanical engineering, said studying for the GRE was the hardest and longest part of his entire application experience.

“I thought I could do well on the GRE by just studying over the weekend or 10-15 days before my GRE exam,” he said, but he was wrong – instead he found himself studying every day while simultaneously working on 2 major projects at work.

Ultimately he did get the projects completed well before the deadline, and a good GRE score, but it took a lot longer than he had expected — closer to three months rather than one or two.

“It is one of the toughest exams I’ve ever taken in my life after my SAT exams,” he said. “Moreover I had to give the GRE at a time when I was very busy in my career – very little sleep and long office hours with less amount of personal and leisure time.” If he could redo it, he said, he would have taken the exam during his junior or senior year of UET, back when he was still in full student mode.

3. Find and talk to the people around you who got the Fulbright

“I think that a really good indicator of what sort of a profile has the best chance of getting the Fulbright is by looking at your seniors, coworkers or acquaintances around you to see what types got the funding. ” Anam said. She also talked to many Fulbrighters she knew from her university and the programs they went to.

4. Put a strategy for yourself before you put together your application.

Zubair, Anam and the rest spent a good five to six months perfecting their applications. “Apart from the GRE it looks as if the Fulbright application does not have many time taking elements to it, yet it takes you so long,” they said. “This is because it is not the actual content you are putting together, it’s the strategizing and how you’re going to portray yourself to the Fulbright and your whole story.”

Even the more straightforward parts — like your GRE score and transcript — take time to put together. You want everything to look perfect, from spelling and grammar down to spacing and indents.

All of these successful applicants have spent more time planning out their application essays than actually writing them. “Before actually writing the essay, you have to take a lot of time to think about who you are, what have you already achieved, why you’ve made the certain life decisions you’ve made, why you are at the place you are today, and what you want to do in the future,” they said.

Many of the applicants learn a lot about themselves from this process – they discover that they have quite a lot in these years than they actually think.

“I’ve made a couple of interesting decisions in my life that have affected people around me, not just with my profession. I’ve always done things that have been different and against the orthodoxy and I have accomplished a lot through these.”

5. Keep discussing your idea with others and surround yourself with similar people.

Ahmed said that during his application process he shared his opinions with other similar people who were applying for higher studies. He used to have conversations with them, which had a positive impact on his application. He said that one meeting he had with one Fulbright applicant from the previous year who got into Columbia was so inspiring that it completely changed the direction of his application.

“During the Fulbright process you have so many ups and downs. We are really nervous, anxious and sometimes hopeless as well. Therefore it is super important to keep interacting with positive people who can keep you motivated,” said Ahmed 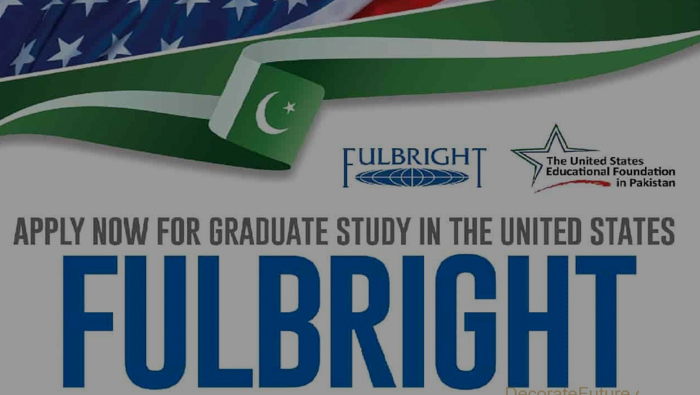