Does the GRE Verbal Score Matter? 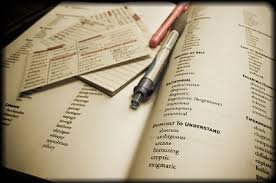 We all know that the GRE is a standardized test aimed at helping graduate programs admissions committee evaluate students on a common benchmark. Many graduate schools in US and around the world (especially in Canada, Germany, Middle East etc.) use GRE scores to differentiate among the thousands of competitive applicants during the selection process.

Well in my experience it’s a mix of both. So let’s evaluate the first hypothesis – is the GRE verbal score important?

So How Important is Your GRE Verbal Score?

Some experts say that it depends on the program. For example, a Physics program will pay less emphasis on your verbal score while a program in Mass Communication or English literature will look at your verbal score more closely. While this is true to a certain extent, however the most competitive graduate programs will look at both the verbal and quantitative scores.

Therefore the best way to go about this is by contacting and inquiring from personnel associated with the program.

There are even some programs and professors who look at the importance of your verbal scores from a different angle; in case you are able to show your technical prowess and get the department interested in funding you via a teaching or a research assistantship, then your verbal score becomes equally important. This is so because for teaching assistants, a strong hold over the nuances of verbal is vital. Moreover research assistants have to write, present and communicate their research and publications to a wide range of literate audience. In order to be able to do that you must prove your verbal ability by getting a decent score on the GRE verbal and analytical writing sections of the exam.

As a general rule, however, if you find that the average GRE verbal scores of admitted students are high, then those programs probably care about the verbal section. So in that case, it is better to be above average.

Even for programs that don’t put much weight on a high verbal score, a low score is generally a critical red flag. This means that though you won’t gain much by having a great verbal score but if you have a low score, you will lose a lot.

Is the Verbal Section Genuinely Tough?

ETS claims (statistically) that GRE has the power to predict first year grades in graduate education. This correlation has become even stronger after GRE was upgraded in fall of 2011 – which included a reduced emphasis on rote vocabulary knowledge and the elimination of antonyms and analogies.

I personally believe that since these changes were made, the GRE verbal section is now definitely more about analysis and reasoning rather than just vocabulary building. It’s no longer “tough” because earlier one had to learn 3500-6000 words (which was a humongous challenge) to do well on the GRE – and rote learning is no indicator of success. Now since there is more emphasis on understanding the structural complexities of sentences, I think the verbal section is relatively simple.

The reason why students in Pakistan find it hard is because they are more comfortable at rote learning (that’s what our education system promotes) than at analyzing sentences and passages. Moreover we do not spend enough time on preparing the verbal section; from peers we get this constant feedback that verbal is tough and as a result we fail to address it thinking that its a mountain to climb – while it is not.

To summarize, it is safe enough to conclude that no program completely ignores your GRE verbal score even if it is a quant related program. In order to boost your chances of getting admitted to a top graduate school, your verbal score has to be somewhat around average mark at least.