On 21 September 2007 when I gave my GRE exam I scored 1590/1600 with an 800/800 in the Quantitative section. (This converts to a 339/340 on the Revised Scale). In 2008 I gave my GMAT and got a 97 percentile. Then I went to the U.S. to pursue my postgraduate studies at two of the most elite IVY Leagues - Cornell and Harvard. After spending 5 years in the U.S., I returned in 2013 and laid the foundation of Brightlink Prep whose main goal is to help aspiring students secure top scores and admissions at top global programs.

My team includes graduates of top U.S. universities, scholarships holders, Fulbright grantees and alumni. In fact, every Head Instructor and Student Counselor has vast experience in teaching as well as admissions at top-tier schools. 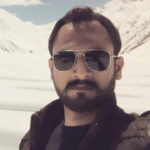 Bilal is the one who leads Brightlink Prep's Admissions Consultancy chapter. Enjoying risks and challenging his limits, Bilal has a diverse experience of the corporate world in sales, marketing and entrepreneurship. He graduated from LUMS and got admitted to multiple Ivy League Universities. Bilal not only has a strong work ethic, but he spends his free time with children in orphanages and has a strong proclivity towards animal care. Bilal will be your first contact in our team and he’ll guide you towards the best possible options available to you in the given circumstances. He will also make sure that you get the right consultant which not only suits your needs but is also in line with your personality. He will himself look over all the admission process and will ensure that you get into your priority program! 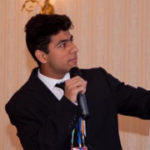 After achieving a stellar GRE Score of 334/340 back in 2015, Moeez has been training and mentoring students to achieve their target scores as well. With an overall 7 years of teaching experience, his teaching methods are second to none. Moeez Frequently engages in mentoring activities both National and International and has been a part of education Forum in Russia and Italy, where he conducted sessions on how to ‘learn and grow’. Over the years he has mastered the GRE inside out and knows the nuances that help students get scores as phenomenal as his. An entrepreneur, a computer scientist, a philosopher and an eminent teacher he is. What a combination to learn from.

Shandana Waheed is the Principal Student Counsellor here at Brightlink Prep. She assists students with their graduate school applications and helps them select the right schools to apply. Shandana is a graduate from New York University (New York, USA) and also a Falak Sufi Scholar in M.A Near Eastern Studies at Hagop Kevorkian Centre for Near Eastern Studies. She did her under-grad from Forman Christian College and University (Lahore, Pakistan). She is a social scientist by training and has vast research experience. She has worked with the UN and has also served as a resident fellow at international house New York. Shandana is an avid writer and regularly writes for the Daily Times. 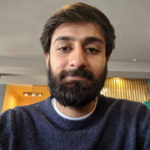 Shahan has been with Brightlink Prep for just over a year now. Shahan Shahid graduated from the Lahore University of Management Sciences (LUMS) in 2016 where he studied economics. He has worked at the Center for Economic Research in Pakistan (CERP) in the past and currently serves as the resident data analyst at Patari. His interests are sociology, South Asian Music and data analysis. 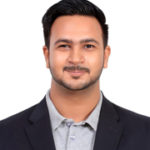 Mudabbar did his Bachelor’s in Civil Engineering from UET Lahore and is currently serving as Project Coordinator at Infrastructure Development Authority of Punjab. His exceptional profile and GRE scores enabled him to secure funded admissions in the top engineering schools like Carnegie Mellon University and University of Texas at Austin. Mudabbar has been teaching at Brightlink Prep for almost two years now and has guided his students in not only achieving stellar scores but also in getting admissions in the top US universities. Mudabbar has a GRE score of 331/340 and a GMAT equivalent of 720/800. 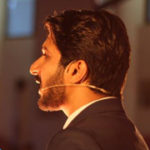 Waleed is a civil engineer by profession and currently a Fulbright Masters Scholar at the University of Illinois at Urbana Champaign. He has served at Infrastructure Development Authority of Punjab and has been affiliated with Brightlink Prep for over a year now. He has conducted multiple sessions in Lahore and Islamabad and helped students achieve their target test scores owing to his effective teaching methods. His interests are reading, current affairs and travelling. Waleed has a GRE score of 327/340.

The page you requested could not be found. Try refining your search, or use the navigation above to locate the post.